Rajya Sabha approved the Real Estate Bill 2016 yesterday. It is said that this act is more towards consumer than builders. Let us see how it can benefit buyers. 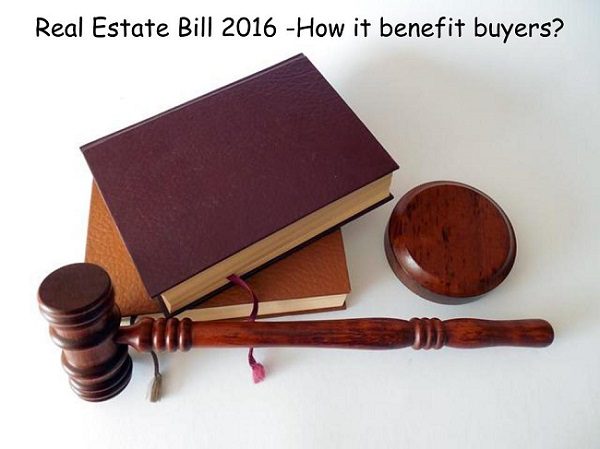 But the reality is different. The biggest investors in real estates as a developers are politicians and black money holders. Hence, how can this bill be a fair one? Let us see the  important points of this bill.

# State level regulator-Real Estate is mainly regulated by state laws. However, this Real Estate Bill 2016 in many ways over act such existing rules. Hence, it is now made it compulsory to set up state wise regulation by establishing Real Estate Regulatory Authorities (RERAs).

Benefits to buyers-Your grievance may be addressed easily. If it centralized at the national level, then it is hard to get a quick response. This I think a good move.

Benefits to buyers-No such big deal. However, those who look for commercial properties may feel a positive point.

Benefits to buyers-Big positive point. Because many developers used to give a reason of the process of registration is under process. However, now they have to first register, then start a project.

# Disclosure of information by developers-At the time of registration of project, developers will have to disclose the information like promoter details, project plans, implementation schedule, land status, layout, approvals, and agreements.

Benefits to buyers-This give the clarity about who the developer and what is their financial status and the background of promoters and land status.

Benefits to buyers-This protect the buyer’s interest. Because in many cases, builders use to utilize the so collected money for their other projects. This leads to delay in the project. Now it is restricted. So a better hope for buyers.

Benefits to buyers-Benefit is not a big one. Because small players now out of this regulation. Builders may split the project into small and develop to avoid registration.

Benefits to buyers-I don’t think this will give you any benefit. Because let us say currently the builder is quoting you Rs.5,000 per Sq.Ft of flat. The flat is 1,200 sq.ft of built-up area and he claims 70% of this will be carpet area. In this case, the carpet area will be 840 sq.ft. Now, after this regulation, he may raise the price of what he offering to get the same benefit. He may from now onward may quote a price of Rs.7,142 on carpet area. At the end, he will get the same Rs.60 lakh either by quoting Rs.5,000 from built up are and now on carpet area with increased price of Rs.7,142. Hence, I don’t think this will create a big benefit to buyers.

Benefits to buyers-This I think a positive move. This leads to more responsibility on a developer to finish the project within a time.

Benefits to buyers-This lead to force developers in building a quality flats. Otherwise, he will be liable for any such defects up to 5 years. A good move.

Benefits to buyers-This lead to clarity on plan and control over the plan.

Please note that one must first complain with Real Estate Regulatory Authorities (RERAs). If they not satisfied with it, then they can approach the tribunals. Both are set in each state.

Benefits to buyers-This leads to speedy readdress of buyers complaints. Hence, a more responsibility and force to developers to act in a right way.

# Violation of Tribunals and Regulatory Authorities leads to imprisonment to developers, real estate agents, and CUSTOMERS–

Any violation of Tribunals and Regulatory Authorities by developers leads to imprisonment of up to 3 years for developers and up to one year in case of real estate agents and buyers.

Read the lines cautiously in the press release of Ministry of Housing and Urban Poverty “A provision is now made for imprisonment of up to 3 years for developers and up to one year in case of real estate agents and consumers for any violation of Tribunals and Regulatory Authorities.”

This law now can imprison the buyers too!!.

Benefits to buyers-Strict law against developers and real estate agents is a good idea. However, imprisonment for buyers? I don’t know why they included consumers.

Benefits to buyers-This lead to misleading advertisements from developers.

# Misleading advertisement by builders leads to punishable offense-If builder advertised related to the project and later it found to be misleading, then such first-time offenders will be fined 10% of project cost and repeat offenders could face a jail term.

Benefits to buyers-This create a greater responsibility for builders.

These are the few highlights of Real Estate Bill 2016. Let us wait for complete act notification and I update the same in future.