How to verify fake GST Bill and GST number?

All of you might be aware that now instead of VAT, GST is the norm in all our shopping bills. However, there may be few instances where shops or hotels may use fake GST Bill or GST number and may dupe you. Hence, let us understand how to identify or verify fake GST Bill and GST number.

As per the rule, shops or restaurants which not registered under GST must not be eligible for a collection of GST tax. However, few shops and restaurants not registered their business under GST regime (may be due to their less business or to avoid taxation issue). But generating GST Bill and collecting the money from customers.

How to verify fake GST Bill and GST number?

Following the below process, you can verify the verify fake GST Bill and GST number. Before proceeding further, let us understand the basics about GST number or GSTIN (Refer old post:-All about 15 digit GSTIN (Goods and Services Tax Identification Number) format).

GSTIN is a 15 digit unique code which is will be assigned to each taxpayer, which will be State-wise and PAN-based. The structure or format of 15 digit GSTIN (Goods and Services Tax Identification Number) will look like below. 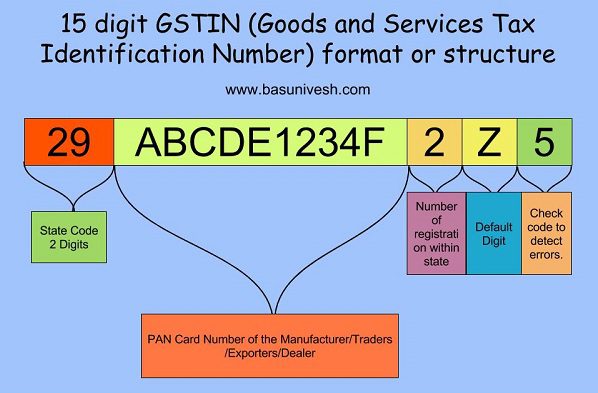 First two Digits-The first digit of GSTIN is state code as per Indian Census 2011. The state codes are as below.

Next 10 Digits-It is the PAN number of a business entity like your shop, mall or company.

Let say the company ABC registered in the same state for 5 times for different businesses. In such case, this digit will be printed as 5. Let us assume, the same company registered for around 15 times, then it should be represented as F (1-9 numeric and later on 10th registration be named as A and 11th as B and so on up to Z).

Hence, a business entity can register the GSTIN within a single state for the maximum of 35 times (1-9 and later on A-Z).

14th Digit-It will be by default as Z.

15th Digit-The last digit will be a check code which will be used for detection of errors.

Now let us understand the process of identifying or verify fake GST Bill and GST number.

# Check the bill properly for shop or restaurant registered under GST or not.

It is easy to check. The business entity should print the GST Bill which also includes GSTIN and the tax rate should be as per GST slabs. Take the example of below bill. See the difference between earlier Bills (where VAT was in use and TIN number used to be mentioned) and the current bill under GST regime. # Verify the genuineness of GST Number

Yesterday one of my blog readers shared this link to verify the genuineness of GST number of GSTIN. 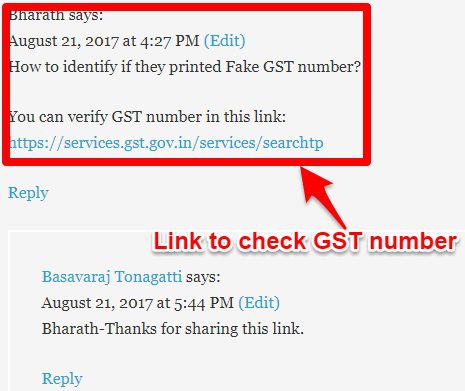 Go to the said link and you will find the below screen. 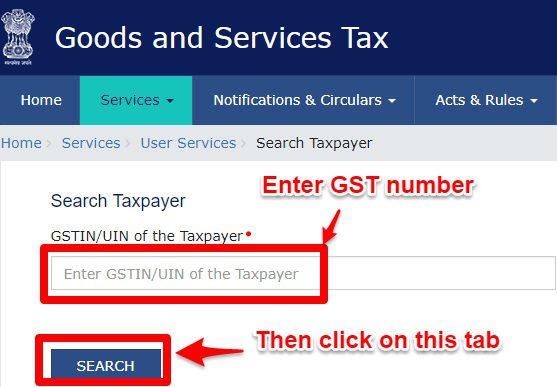 Once you checked the GST bill and the genuineness of the GST number or GSTIn, then cross check the GST rates applicable to the goods and service you purchased.

If you are familiar with rates, then it is fine. Otherwise, you can check it by visiting the GST Rates by visiting this LINK of Central Board of Excise and Customs.

# Complain against such fake or fraudulent practices

After going through all above process, if you found the bill, GST number or the rate taxed to you are fake or not in right format, then raise the complaint by using below contacting modes.

Hope this information will be helpful for all of you.